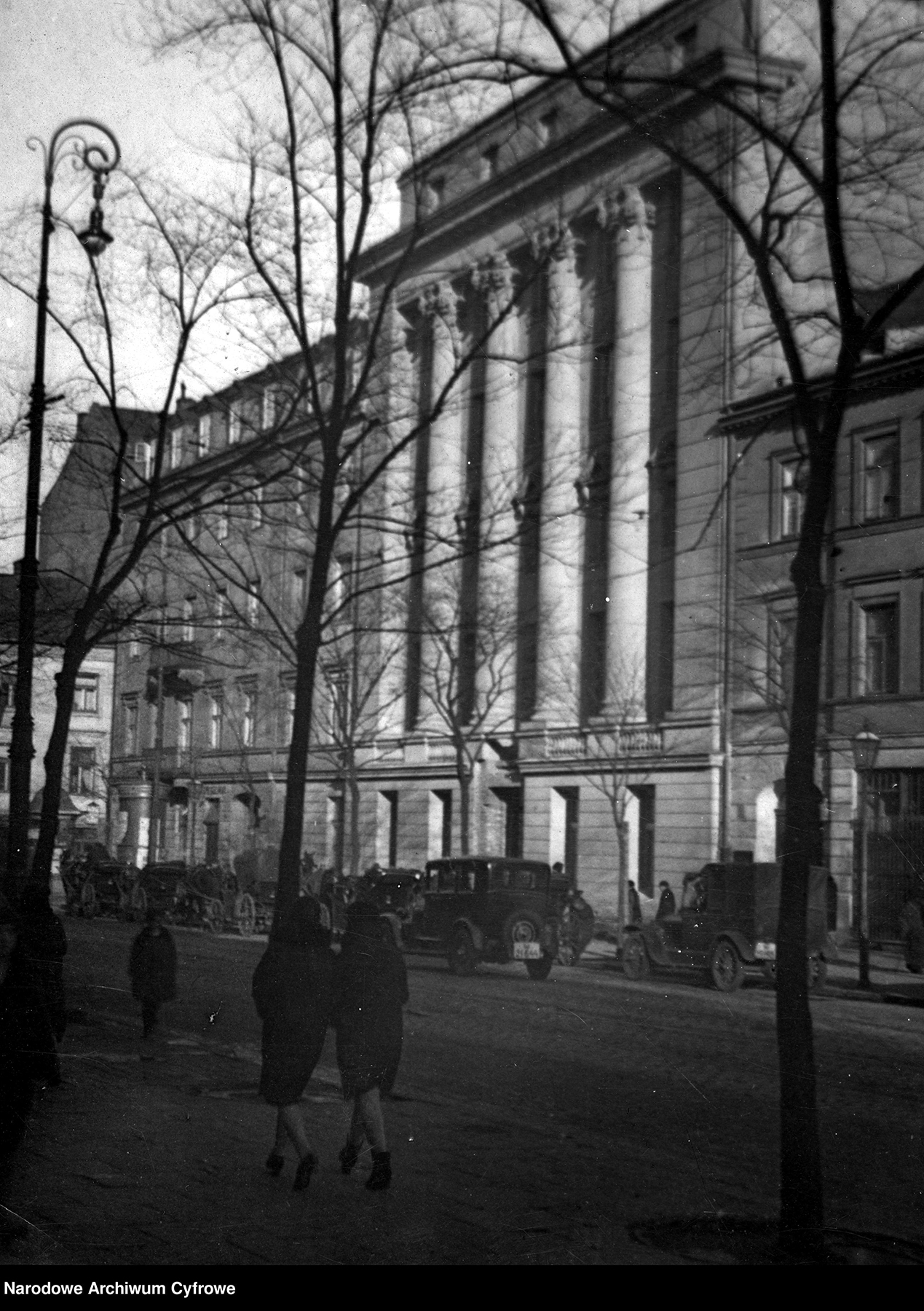 There are a lot of stories related to the rebuilt, classicist building standing on the odd side of the Solidarność Avenue, almost at the corner of Plac Bankowy. During the occupation, this address was incorporated into the ghetto. Its commodious rooms housed wards of the Jewish Hospital in Czyste, whose headquarters were located outside the ghetto.

Before the war, however, it was the seat of the National Spirits Monopoly. Earlier, until May 1925, the building housed the “Central” Theatre – one of Warsaw's permanent Jewish scenes. What family tales connect Mieczysław Weinberg to this place?

A gleam of Memory about the Interwar Warsaw

Mieczysław Weinberg's childhood and youth is a collection of memories that are difficult to arrange into a coherent story. In the official interviews given in the USSR, he tried to reveal as few details as possible, so that no one could use them against him or his relatives. Similarly, he edited his official biographies produced for the needs of the Soviet bureaucracy. By doing so, he probably kept from remembering his own traumatic experiences: the escape from Warsaw at the beginning of the war, as well as the imprisonment and persecution in the USSR in the 1940s and 1950s.

What is (Almost) Certain

In 1919, in the hall of the “Central” theatre at 1 Leszno Street, the founding meeting of the Union of Jewish Artists was hosted, attended by Shmuel Weinberg who also joined the board of the organisation.

Actress Sonja Weinberg (or Sonja Karl) was also associated with the “Central” theatre. Her name appears in various reminiscences about Mieczysław and his father, but in such different contexts that the researchers cannot agree upon her relationship with the two men. Some claimed she was Shmuel’s wife and a mother to his son. According to another hypothesis, she could have been Shmuel’s first wife, with whom he divorced before marrying the mother of his children: Mietek and Estera. Another hypothesis claims that she was Shmuel’s sister. According to family memories, at the turn of the century, a numerous group of twelve Weinberg siblings lived in Kishinev. A posed photograph of Shmuel and his sisters Sonja and Adela has survived to our times – we do not know the names of the other siblings. What we do know today is that Sonja Weinberg was associated with the “Central” theatre.

Shmuel began collaborating with the theatre immediately after arriving in Warsaw during World War I. Royalties for performances at the “Central” had to be an important item in the household budget, because after the theatre closed and the ensemble was disbanded in the mid-1920s, Weinberg senior registered as unemployed.

In 1914, right before the war, I came to Łódź to conduct for the Zandberg troupe. In 1916, I ended up in the “Central” theatre in Warsaw, opposite the newly created “Scala” theatre

– this is a fragment of Shmuel Weinberg’s biography, published in the "Lexicon of Yiddish Theatre" by Zalmen Zylbercweig. The same source (although questionable) contains information about the family and artistic life of Sonia Weinberg.

It is possible that the “Central” theatre, which shut down in the mid-1920s, was confused with another, similarly named theatre, which operated at the same time as the “Scala”. Indeed, at the beginning of the 1930s, at 9 Dzika Street there was a theatre scene called “Central”, but it was not a continuation of the theatre from Leszno Street. This theatre closed down in 1933, and its hall was converted into the "Unia" cinema.